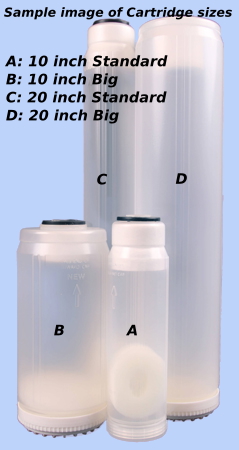 Deionizing resin is normally not able to be regenerated so it is very important that a good quality pre-filter system be designed and installed (for your particular water source and flow rate) prior to this filter to prolong its life.

View your shopping basket or browse other items.